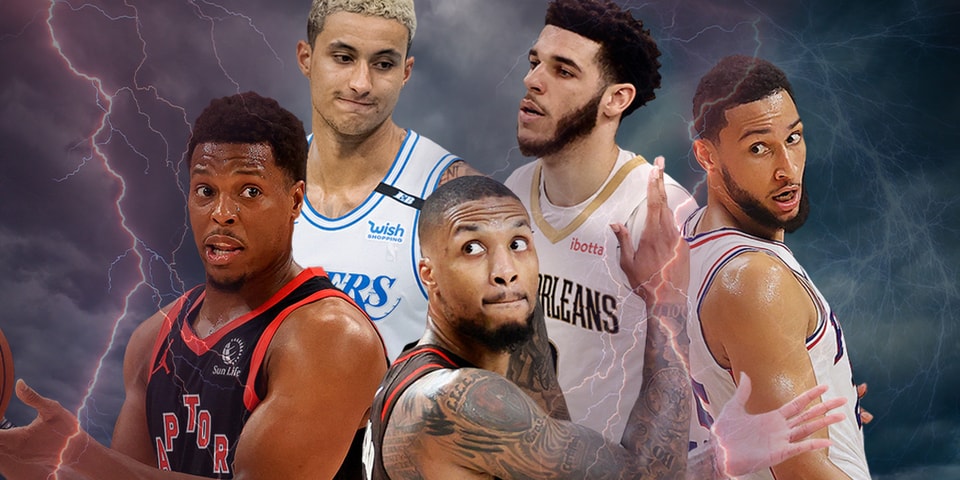 Which franchise is willing to spend big bucks to rebuild?

As the 2020-21 NBA season comes to a close and teams have been announced for the NBA Draft lottery, the league is beginning to make their off-season moves. The season being a shorter than usual one, saw many surprises from novices as well as pitfalls from those who were expected to shine. Players sustained more injuries than one can count due to the quick turnaround time from the 2020 season to the 2021 season.

In light of the recent rumors within the league, ignited by players, coaches and sports newscasters, HYPEBEAST has rounded up the top five NBA trade deal rumors so far.

Ben Simmons has headlined the storyline of the NBA off-season this summer. Fans and sports critics alike are wondering if the Sixers will continue to utilize him as a key component in the team or trade him. ESPN’s Stephen A. Smith seems to believe that the Golden State Warriors will make the call to try to acquire Simmons, noting that there were preliminary discussions and that “things are percolating” between the two teams. Simmons was a major disappointment in the Sixers’ seven-game loss to the Atlanta Hawks, wherefrom Games 4-7 of the Eastern Conference finals, Simmons did not even attempt a shot.

Minnesota Timberwolves are a major contender for Simmons, should he be cast out of the Sixers. Darren Wolfson of 5 Eyewitness News said, “My text the other day said … ‘how badly do the Wolves want to trade for Ben Simmons?’ This individual sent me a text back. It was one word: ‘Badly.’ Make no mistake: The Wolves have trade interest in Ben Simmons.” Some are speculating a direct Simmons-for-D’Angelo Russel trade, while others are warier.

The off-season rumor mill has been churning regarding Blazers’ star Damian Lillard. According to Chris Haynes, Lillard already has one foot out the door. The Blazers are currently in the process of hiring a new coach, which has drawn concerns about whether or not the team will be able to be a championship contender. There is no doubt that if Lillard becomes available, he would become the hottest name on the NBA market. If the relationship is beyond repair, Lillard could end up in hypothetical trade packages that could take him to the Los Angeles Lakers, Los Angeles Clippers or even the Miami Heat. It remains to be seen if the disgruntled point guard will give the Blazers one last chance.

With the Los Angeles Lakers quickly knocked out of the Western Conference Finals, the team is without a doubt looking to rebuild in the off-season for next year. According to ESPN’s Marc Spears, he recently said on the Jump that Kyle Kuzma “already looks like he’s on his way out.” Averaging only 12.9 points and 6.1 rebounds across 68 games, all signs point to a potential trade. Jerami Grant from the Detroit Pistons has caught the attention of many executives including Rob Pelinka. With 22.3 points, 4.6 rebounds and shooting 42.9 percent from the field, Grant appears to be a top contender. Not to mention, his size next to LeBron James and Anthony Davis would make Lakers defense worrisome. Buddy Hield of the Sacramento Kings and OKC’s Kemba Walker could very well make their way to LA too.

Pelicans’ guard Lonzo Ball apparently has his eyes set on the New York Knicks. This season saw Ball have his most complete season in his four-year NBA career, with a career-high of 14.6 points, 5.7 assists and 4.8 rebounds across just 55 appearances. Though New Orleans has the potential to match any offer Ball receives during free agency, his father has made it clear that Ball deserves a fresh start be it with the Knicks or elsewhere.

Raptors’ Kyle Lowry has been a staple to the city and the team for almost a decade. Lowry is going into the off-season as an unrestricted free agent but the headline for Toronto Raptors is whether or not they plan to keep him or jump back into trade agreements with teams like the Philadelphia 76ers, Miami Heat and Los Angeles Lakers who were previously vying for the six-time All-Star. As a veteran in the league and championship experience, Lowry may also receive offers from the Knicks, Chicago Bulls and even the Los Angeles Clippers.

Though the teams may appear enticing, the Raptors still own Lowry’s bird rights, meaning they could offer him more money than any other team could if he feels inclined to leave his championship city.

HYPEBEAST® is a registered trademark of Hypebeast Hong Kong Ltd.