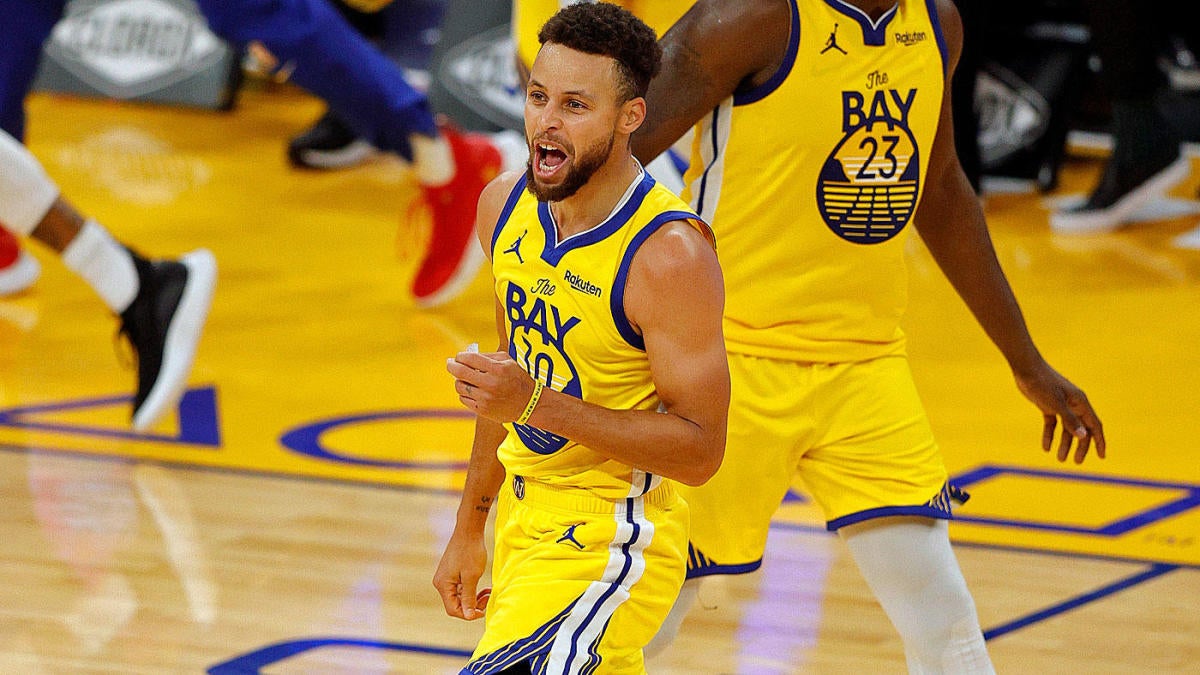 So it turns out Stephen Curry is still a legendary basketball player. After beginning the season downright freezing cold by his standards as the Warriors bumbled their way to the worst offensive rating in the league, Curry found his stash of old fireworks and set them all off at once on Sunday, going for a career-high 62 points to become the second-oldest player in history to put up at least 60 points — trailing only Kobe Bryant, who hung 60 on the Jazz in his final career game at 37 years old.

What’s more, Curry did it in just 36 minutes, again joining Kobe as the only players in history to score at least 62 points in 36 or fewer minutes. Kobe did it in December 2005, when he dropped 62 on the Mavericks in just 33 minutes.

By the way, Golden State knocked off the Blazers on Sunday, 137-122, to improve its record to 3-3. But nobody cares about that. It was Curry’s night. Yet another in a storied career full of theatrical explosions. If you’re only here for the highlights, here they be.

Normally, a Curry performance like this wouldn’t require much more analysis than simply appreciating the greatness. It’s sort of old hat by now. By his standards, he honestly wasn’t even that hot — “just” 8 of 16 from three.

But in this case, there were, and are, some important layers to Curry’s night that could go on to define the remainder of Golden State’s season. First, he took 31 shots. That might sound like a number that’s only justifiable when you’re rolling, but Curry has to be this aggressive every night. Whether that’s 30-plus shots when the defense is dropping on pick-and-rolls or playing him in more straight-up fashion, or 20 shots when two and three guys are trapping him everywhere he turns, he has to attack to score for this team of limited offensive weapons, and even more limited collective shooting, to compete.

As a byproduct of Curry’s aggression on Sunday, he got to the free-throw line a career-high 19 times, sinking 18. Give Steve Kerr credit: He is making the early season adjustment from the complicated, ball-and-player-movement-based system that he ran with an all-time great team to a more simplified strategy. For lack of a better explanation, that strategy is to give Curry the damn ball.

The Warriors did that on Sunday, running more Curry-led pick-and-rolls and putting their best player in position to attack with the ball in his hands rather than putting so much emphasis on his off-ball movement. “We want to do that all the time,” Kerr said of getting Curry in position to attack downhill. That is a departure from Kerr’s traditional ethos. It is what’s necessary.

No longer do the Warriors have multiple scoring threats who can water down the defensive attention Curry receives off the ball. He’s getting all of it now. Defenses are going to switch everything off the ball and preemptively thwart actions that once sprung Curry free. Also, they don’t have the passers they used to have.

That part never gets talked about, but Andre Iguodala, Kevin Durant, Shaun Livingston, these guys had a near telepathic relationship with Curry, completely tuned in to his seemingly erratic movement and split-second relocations. You don’t have much time to deliver perfect passes when defenses are tracking Curry like a three-strike fugitive. Andrew Wiggins and Kelly Oubre are not going to make on-the-fly reads like that. It’s not what they do. It helps immensely to have Draymond Green back, but even for his passing acumen, he’s not a threat to score himself. Curry has to carry a huge playmaking load again.

Curry also has some responsibility in, to this point, not playing like this every night. His shot hasn’t been falling but in part that could be attributed to a somewhat passive approach, or at least an approach too deferential to the system in the early going.  This was more like: I’m the best player on the floor, and a bad shot for me is still a better shot than a good shot for anyone else ion my team.

No, he’s not going to score 62 points every night. But in terms of attacking all night, hunting his shot and either letting it fly or letting the secondary offense trickle down from the attention he draws, it’s all on him. He knows that. I feel silly for questioning whether Curry was still the kind of player who could consistently create shots like this, whether he could still dip into his pre-Durant bag of magic on a nightly basis.

He clearly still has that kind of game at 32 years old, but this was, indeed, one game. And the Blazers aren’t exactly the Bad Boys. A guy like Curry seeing Enes Kanter dropping on pick-and-roll coverage is like a shark smelling decaying bodies. Let’s see if Curry can, or will, continue this approach all season long. Because that’s what’s necessary for the Warriors to compete for a playoff spot. Sunday night was a fun reminder that Stephen Curry is still Stephen Curry, but it will be a lot more fun if he stays in that mode for the long haul.