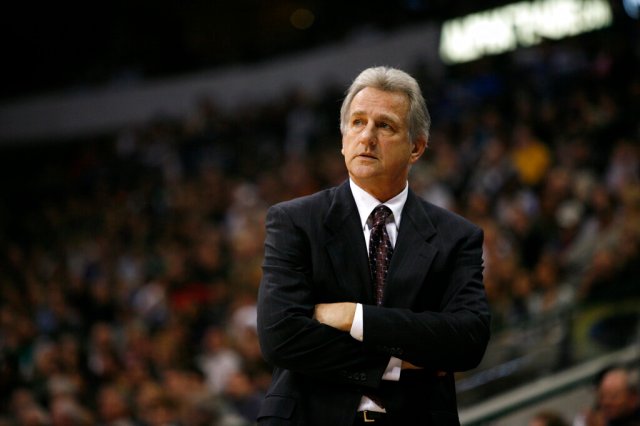 Paul Westphal, a Hall of Fame player who won a championship with the Boston Celtics in 1974 and later coached in the league and in college, died Saturday. He was 70.

He died in Scottsdale, Arizona, according to a statement from Southern California, where Westphal starred in college. He was diagnosed with brain cancer last August.

A five-time All-Star guard, Westphal played in the NBA from 1972-84. After winning a championship with the Celtics, he made the finals in 1976 with Phoenix, where he was a key part of one of the most riveting games in league history. He also played for Seattle and the New York Knicks.

After his playing career ended, Westphal moved into coaching. He led the Suns to the NBA Finals in 1993, and also was head coach of Seattle and Sacramento. He had stints as an assistant with Dallas and Brooklyn.

“There may be just a handful of people who have as much influence and significance on the history of the Phoenix Suns,” former team owner Jerry Colangelo said. “All he accomplished as a player and as a coach. Off the court, he was a gentleman, a family man, great moral character. He represented the Suns the way you want every player to represent your franchise.”

Westphal played at USC from 1968-72, and the Trojans honored him with a moment of silence before their game Saturday. His No. 25 jersey hangs in the Galen Center rafters. He led the Trojans to a 24-2 record in 1971. The following year, he was an All-American and team captain who led the Trojans with a 20.3-point average.

Born on Nov. 30, 1950, in the Los Angeles suburb of Torrance, Paul Douglas Westphal was drafted 10th overall in the first round of the 1972 NBA draft by the Celtics. The 6-foot-4 guard spent three seasons in Boston before being traded to Phoenix.

In 1976, Westphal helped the Suns reach their first NBA Finals against the Celtics. Game 5, a triple-overtime thriller in that series, is often called “the greatest game ever played.”

The Suns trailed 94-91 in the closing seconds of regulation when Westphal stole the ball from JoJo White and got fouled. His 3-point play tied the game at 94.

In the second overtime, with 15 seconds left and the Suns trailing 109–108, Westphal stole the ball from John Havlicek, who had taken an inbounds pass. That led to a sequence in which the Suns scored to take a 110-109 lead.

One second was put back on the clock. Westphal called for a timeout that the Suns didn’t have, resulting in a technical foul. The Celtics made the free throw for a 112-110 lead. After a timeout, the Suns inbounded at midcourt and scored to force a third overtime.

With 20 seconds left and the Celtics leading 128–122, Westphal scored two quick baskets to cut it to 128–126 and nearly stole the ball at midcourt, but failed and the Celtics ran out the clock to win.

The Suns retired his No. 44 jersey.

“Throughout the past 40 years, Westy has remained a great friend of the organization and as a trusted sounding board and confidant for me,” Suns manager partner Robert Sarver said. “His number 44 will forever hold its place in our Ring of Honor, enshrined as one of the utmost deserving members.”

Westphal returned to the Suns as an assistant in 1988.

“He led by example,” said Eddie Johnson, 1989 Sixth Man of the Year. “He didn’t change off of the court. It’s just a positive atmosphere that he exudes when he’s around. He always greets you with a pleasant smile. You always feel like you are a part of his clique. He’s somebody we can put on a pedestal.”

He is survived by his wife, Cindy, and two children.