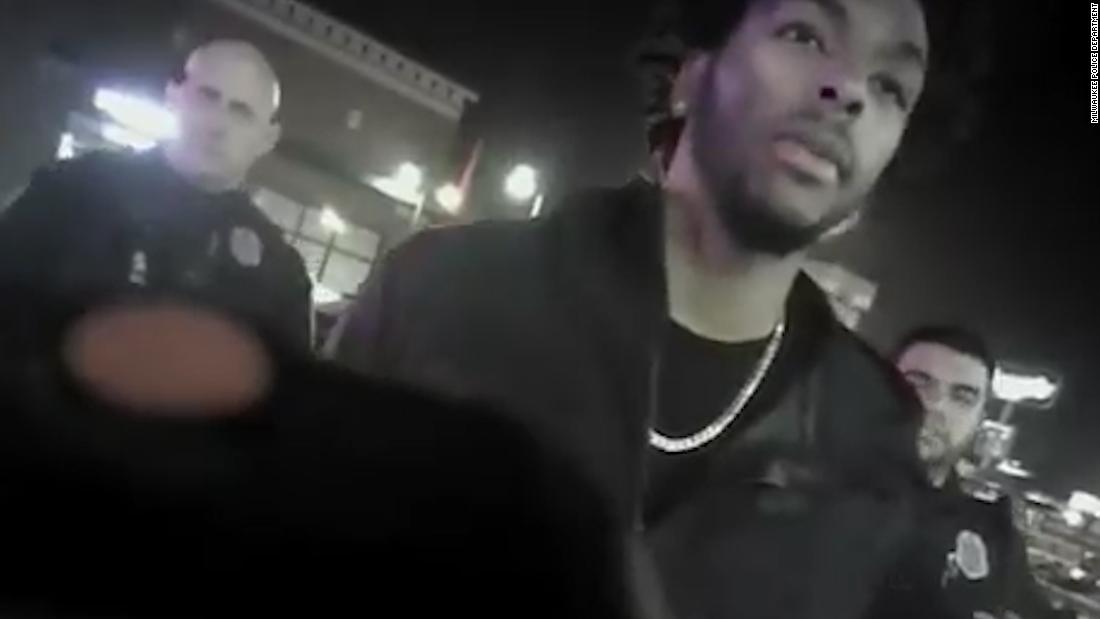 (CNN)The NBA’s Sterling Brown, who was tased and arrested earlier this year after an altercation stemming from a parking violation, filed a lawsuit Tuesday against the city of Milwaukee, the police chief and the eight officers involved in his arrest.

The lawsuit alleges, among other things, unlawful arrest, excessive use of force and violation of the 14th Amendment’s Equal Protection Clause. It also accuses the officers of collaborating to conceal their actions. It seeks compensatory and punitive damages, stating that Brown suffered “unnecessary and severe personal physical and psychological and emotional injuries.”
Read the complaint for yourself
According to the lawsuit, in addition to discriminating against Brown because he’s black and violating his rights by treating a parking violation as a criminal offense, officers also failed to read Brown his Miranda rights. Also, at certain points some of the officers turned off their bodycams, the suit says. 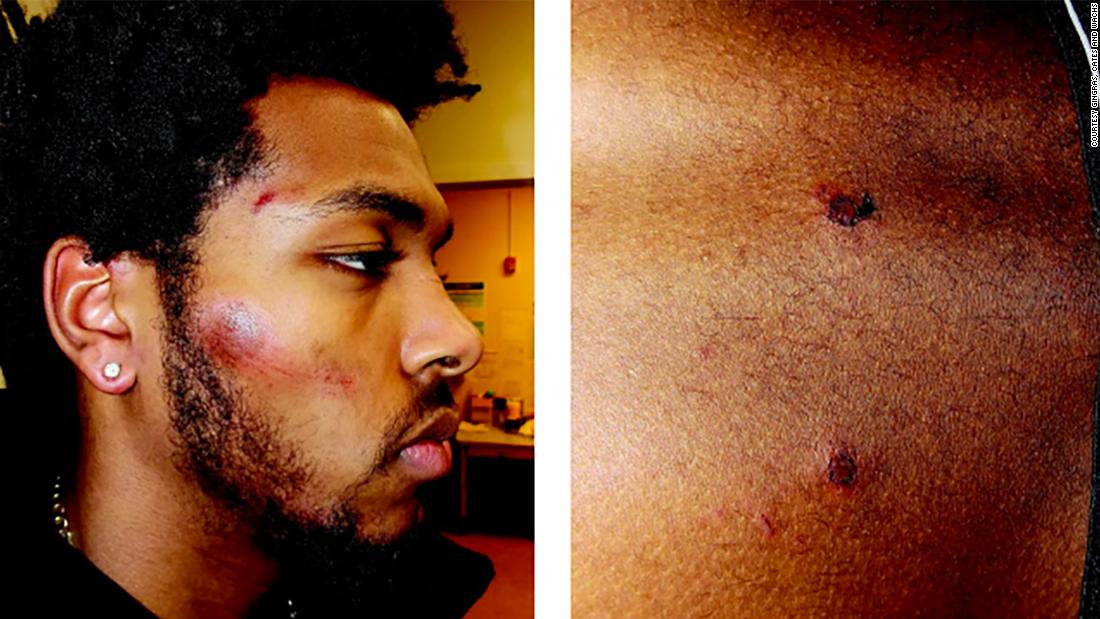 It also accuses one of the officers, Sgt. Jeffrey Krueger, of firing his Taser on four previous occasions “that did not result in charges being brought against his victims.”
“For too long, African-American men have been arrested and abused and killed as a result of bad police work,” Brown’s attorney, Mark Thomsen, said. “That work is a stain on this city and an insult to good police officers in this city and county.”
Reached for comment, the Milwaukee Police Department said Morales will review the incident during a Thursday morning meeting “and will be available for comment afterward.”
The altercation began when the Milwaukee Bucks shooting guard exited a drug store early January 26 to find an officer — identified in the lawsuit as Officer Joseph Grams — outside his car, which was parked across two handicapped parking spots.
It quickly escalated after Grams shoved Brown and Brown told the officer not to touch him. Grams called for backup and seven officers responded, according to the lawsuit and bodycam video released earlier this month.

Tuesday’s lawsuit singles out Officer Erik Andrade, one of the responding officers — not so much for his actions during the arrest, but for his social media posts after the incident.
Some of those posts mocked Brown, according to the lawsuit:
Of the Smith post, the lawsuit says, “Defendant Andrade’s post is an admission that he and other Defendant officers are allowed to engage in unlawful attacks and arrests of African Americans without justification and then relish such events without any fear of real discipline.” 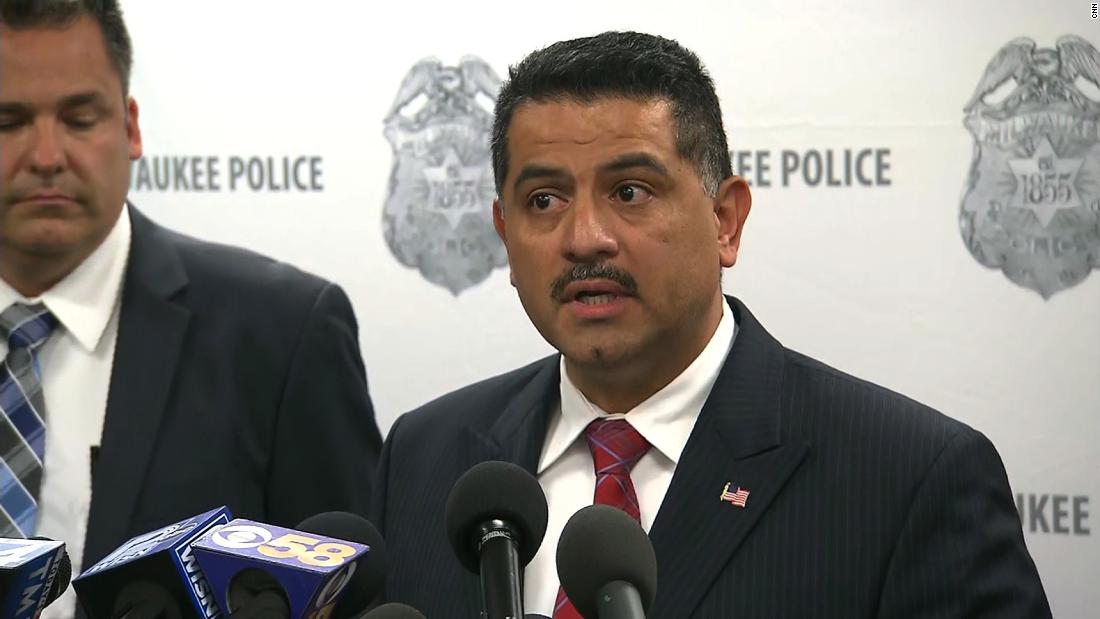 The lawsuit also alleges Andrade made other insensitive and racially charged posts:

The Milwaukee Police Association initially defended the officers who arrested Brown, calling use of force “a necessary component of policing” and slamming city leaders for failing to defend the officers.
After a batch of bodycam footage was made public this month, the union softened its tone, saying it welcomes “appropriate review and oversight” of the matter.
The first bodycam footage, released in May, contradicted the initial police account and showed the situation escalated into a testy confrontation in a matter of seconds.
Brown, who was 22 at the time, and an officer approach each other. While asking the Bucks rookie for his license, the officer tells Brown to back up and lightly shoves him immediately upon giving the command. After Brown tells the officer repeatedly not to touch him, the officer calls for backup, prompting at least three more squad cars to descend on the scene. 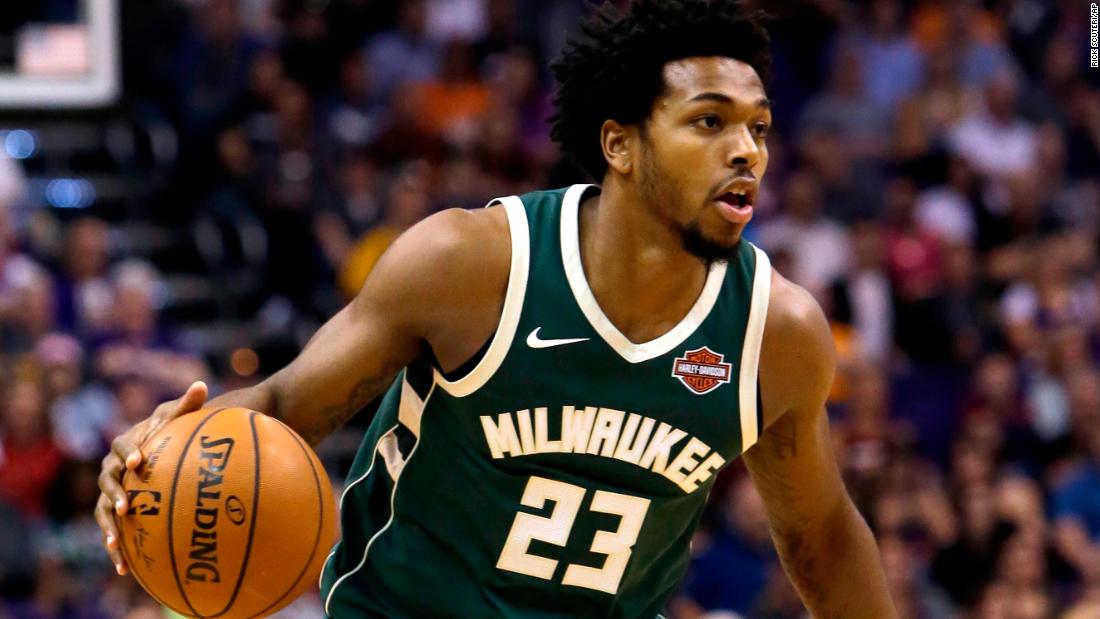 Multiple officers surround Brown at his car and ask him questions. At one point, an officer yells at Brown to take his hands out of his pockets, and Brown says he has “stuff” in his pocket. Other officers grab the athlete and pull him to the ground before he’s tased. Brown groans from the shock.
The second batch of footage was released earlier this month and shows an officer stepping on the subdued Brown’s ankle during his arrest, despite his legs lying motionless on the ground after he was tased. It also shows other officers mocking the NBA player.
At one point, according to the lawsuit, Grams, who initiated the stop, can be heard saying to himself, “What is wrong with these people, man?”
Ten of the 15 aldermen on the Milwaukee Common Council expressed concern that the second batch of footage was not included among video shared with the council two months prior. They demanded transparency, as well as “swift and appropriate action to all those involved who violated MPD policies and procedures,” the aldermen’s open letter said.
Brown was issued a parking ticket but was not charged with a crime after the incident. Hours later, sports reporters said Brown had a bruise and scab on his face before a game that night against the Brooklyn Nets.

The incident prompted an internal affairs investigation. Two sergeants were suspended without pay — for 10 and 15 days, respectively — for “failing to be a role model for professional police service,” while another officer was suspended for two days for “failing to treat a member of the public with courtesy and professionalism.”
Eight others will receive remedial training in professional communications, officials said.
The Milwaukee Bucks said the officers’ actions were shameful and inexcusable.
“It shouldn’t require an incident involving a professional athlete to draw attention to the fact that vulnerable people in our communities have experienced similar, and even worse, treatment,” the team said. 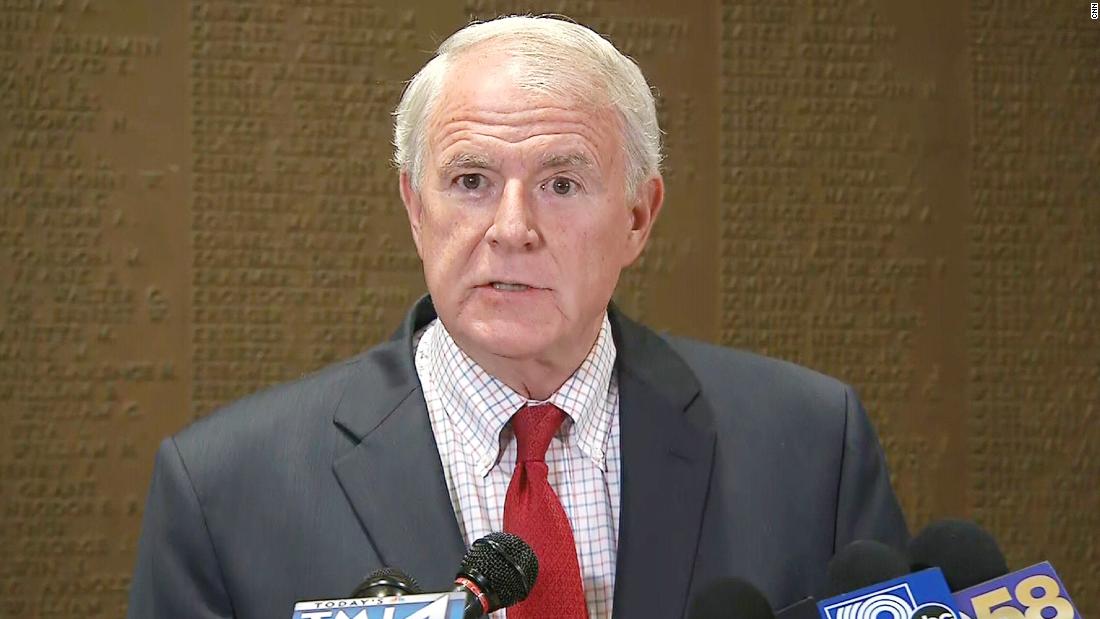 Mayor: This behavior has no place in our city

Brown released a statement, he said, on behalf of Laquan McDonald, Stephon Clark and others in the black community who have been killed during police encounters.
“The common denominator in all of these situations has been racism towards the minority community, the abuse of power and the lack of accountability for officers involved,” he said in the statement.
Milwaukee police were so concerned about the initial release of bodycam footage last month that, before its release, Assistant Police Chief Michael Brunson told parishioners of a Milwaukee church that the department was bracing for backlash.
“There’s going to be a video that’s going to come out soon, in the next couple of weeks, involving the department,” said Brunson, according to CNN affiliate WITI. “And I’m going to be honest with you, we’re going to need your support during the challenges.”