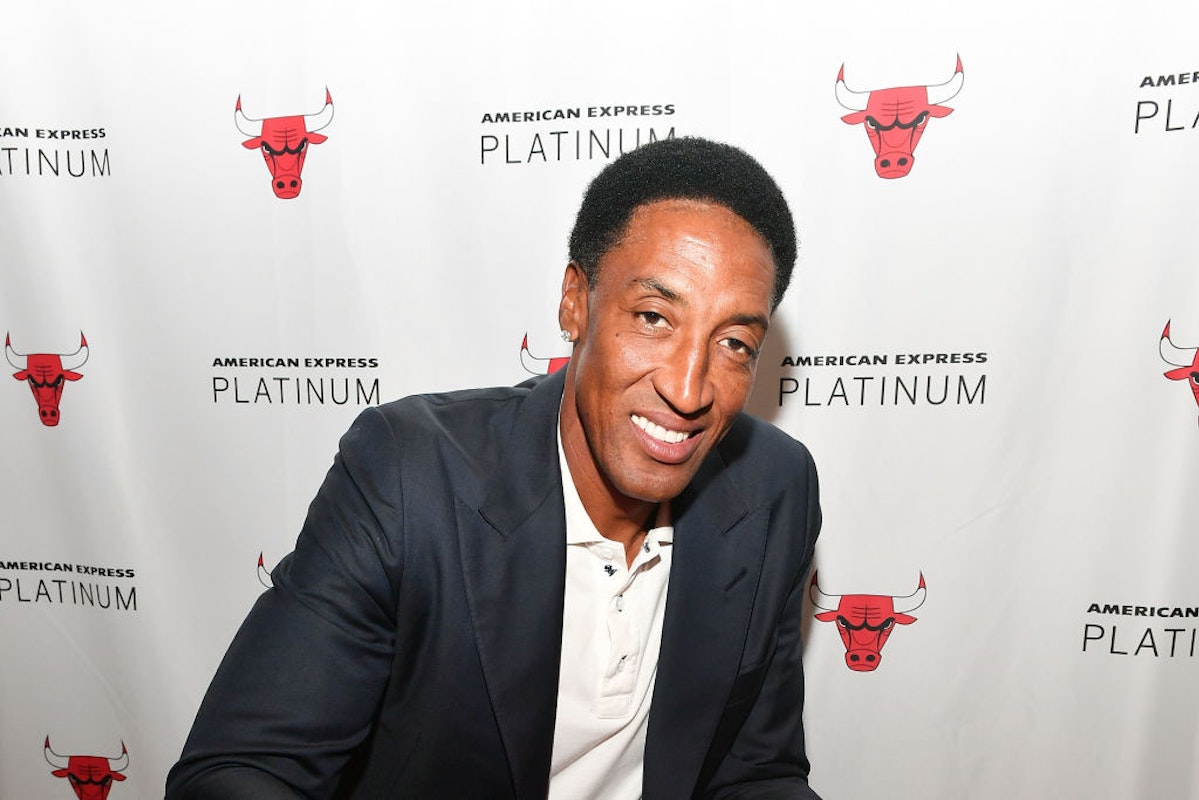 In an interview with GQ, the NBA great had some thoughts on Brooklyn Nets star Kevin Durant.

“KD can score better than LeBron, probably always have been able to,” Pippen told GQ. “But has he surpassed LeBron? Naw. He tried to beat the Milwaukee Bucks instead of utilizing his team. You see what I’m saying? LeBron James would’ve figured out how to beat them and he wouldn’t have been exhausted and he may not have taken the last shot. But LeBron ain’t KD, and KD ain’t LeBron. KD is a shooter, a scorer. But he doesn’t have what LeBron has.”

Those comments sent social media into a frenzy, and eventually drew the ire of Durant himself.

On Monday, Pippen made waves again, this time because of comments about his old coach, Phil Jackson.

During an interview on “The Dan Patrick Show,” Pippen was asked about a moment in the 1994 Eastern Conference semifinals in which Jackson instructed him to pass the ball to Toni Kukoc — who is white — for the final shot in the fourth quarter.

“Why would Toni — who was a rookie — get the last-second shot and you put me out of bounds? That’s what I mean racial,” Pippen said.

When asked if he understood that he was calling Jackson a racist, Pippen made it clear that he was aware.

Patrick asked Pippen point blank if he felt Jackson was a racist, and Pippen didn’t hold back.

“Oh, ya,” he said. “Do you remember Phil Jackson left the Lakers, wrote a book on Kobe Bryant, and then came back and coached him? Who would do that? You name someone in professional sports that would do that,” Pippen continued. “I think he tried to expose Kobe in a way that he shouldn’t have.”

Earlier in the show, current TNT analyst and NBA Hall of Famer Reggie Miller joined Patrick, and vehemently disagreed with Pippen’s view on Jackson’s decision to give Kukoc the last shot in 1994.

“No. I don’t agree with that. No, no. There’s plenty of times I’ve been a decoy on the Pacers team,” Miller said.  “There’s just times when that has to be the case because everyone assumes and knows the ball is going to go to you. And sometimes you have to be a decoy. The whole racial point, no. Absolutely not. That I don’t roll with.”

The entire interview with Pippen on “The Dan Patrick Show” can be seen below.

Over the past year, Pippen has made it clear that he didn’t appreciate the way he was portrayed in Michael Jordan’s documentary “The Last Dance.” He’s openly disagreed with some of the ways the film made him appear in his playing days, and has had harsh words for Jordan.

Joe Morgan is the Sports Reporter for The Daily Wire. Most recently, Morgan covered the Clippers, Lakers, and the NBA for Sporting News. Send your sports questions to sports@dailywire.com.

The Daily Wire is one of America’s fastest-growing conservative media companies and counter-cultural outlets for news, opinion, and entertainment. Get inside access to The Daily Wire by becoming a member.

Next Post
Clippers keep NBA playoff hopes alive vs. Suns thanks to...