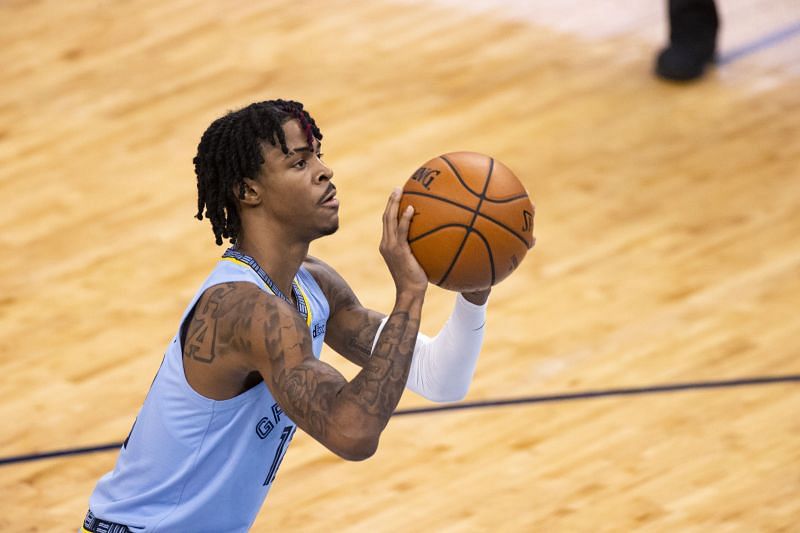 The Memphis Grizzlies recorded their first win of the season on Monday night, even after their star Ja Morant was taken off injured when they overcame Eastern Conference heavyweights, the Brooklyn Nets. The point guard had to leave the court early in a wheelchair after an ankle injury. The latest NBA injury update has been released by the franchise, giving the extent of Ja Morant’s absence.

Ja Morant had started his second season in the NBA averaging 26 points and 6 assists for the Memphis Grizzlies. However, after coming down awkwardly on his ankle during the side’s matchup with the Brooklyn Nets, the young star had to leave the court visibly in lots of pain. The Grizzlies franchise and fans were fearing the worst but had to wait on an MRI for clearer results as to the guard’s potential layoff.

In the recent NBA injury update, it has been announced that the examination of Morant’s ankle has shown it to be a grade 2 ankle sprain which has a recovery time of roughly 3-5 weeks.

Although far from ideal for the Memphis Grizzlies and indeed the player himself, Ja Morant will be thankful that it was not a grade 3 sprain which would have a recovery time based on months instead of weeks. The Grizzlies will be keen to get their Rookie of the Year back but will be reluctant to force the issue.

At such an early stage in his career, it is understandable that the Grizzlies staff won’t want to put any additional strain on the injury were Ja Morant to be brought back to the court earlier than necessary.

After his breakout season for the Memphis Grizzlies, Ja Morant had been leading his side in the early stages of this season. Morant scored 44 points in the Grizzlies season opener before getting 28 in a home loss to the Atlanta Hawks. The 21-year-old would have fancied another haul against a Kevin Durant and Kyrie Irving-less Nets side had it not been for his injury.

Ja Morant is one of the NBA’s most exciting young prospects so fans across the league will be hoping he can return to his stellar form as soon as possible. Morant could have been an outside bet for an All-Star selection this year but due to the layoff may just miss out.