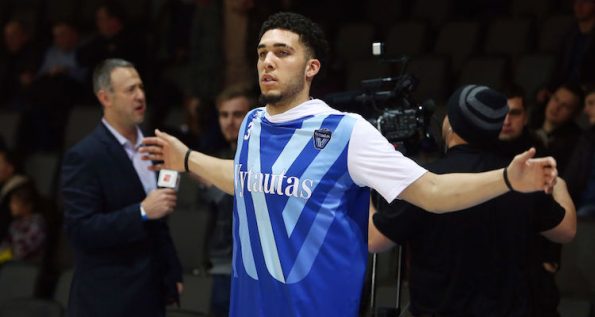 Out of LaVar Ball’s three basketball playing children, LiAngelo Ball was always looked at as the one who did not have a chance in hell of making the NBA. The talent just wasn’t there like Lonzo and LaMelo have shown up to this point.

After a workout with the Los Angeles Lakers, multiple NBA insiders have stated that LiAngelo Ball is not in their future plans—not even for their G-League team.

A dribble of draft scuttle for those interested: The Lakers had LiAngelo Ball in for a well-chronicled workout this week but there is pessimism in the extreme coming out of L.A. today that the Lakers have any intentions for him … G-League or otherwise

That was just the beginning of it.

ESPN’s Jeff Goodman spoke with several NBA executives across the league and most of them don’t think LiAngelo has the talent to even play in the G-League at this point.

The NBA executives I have spoken to about LiAngelo Ball have all said that they don’t feel he’s talented enough to play in the G-League. https://t.co/ECv8ybnuHa