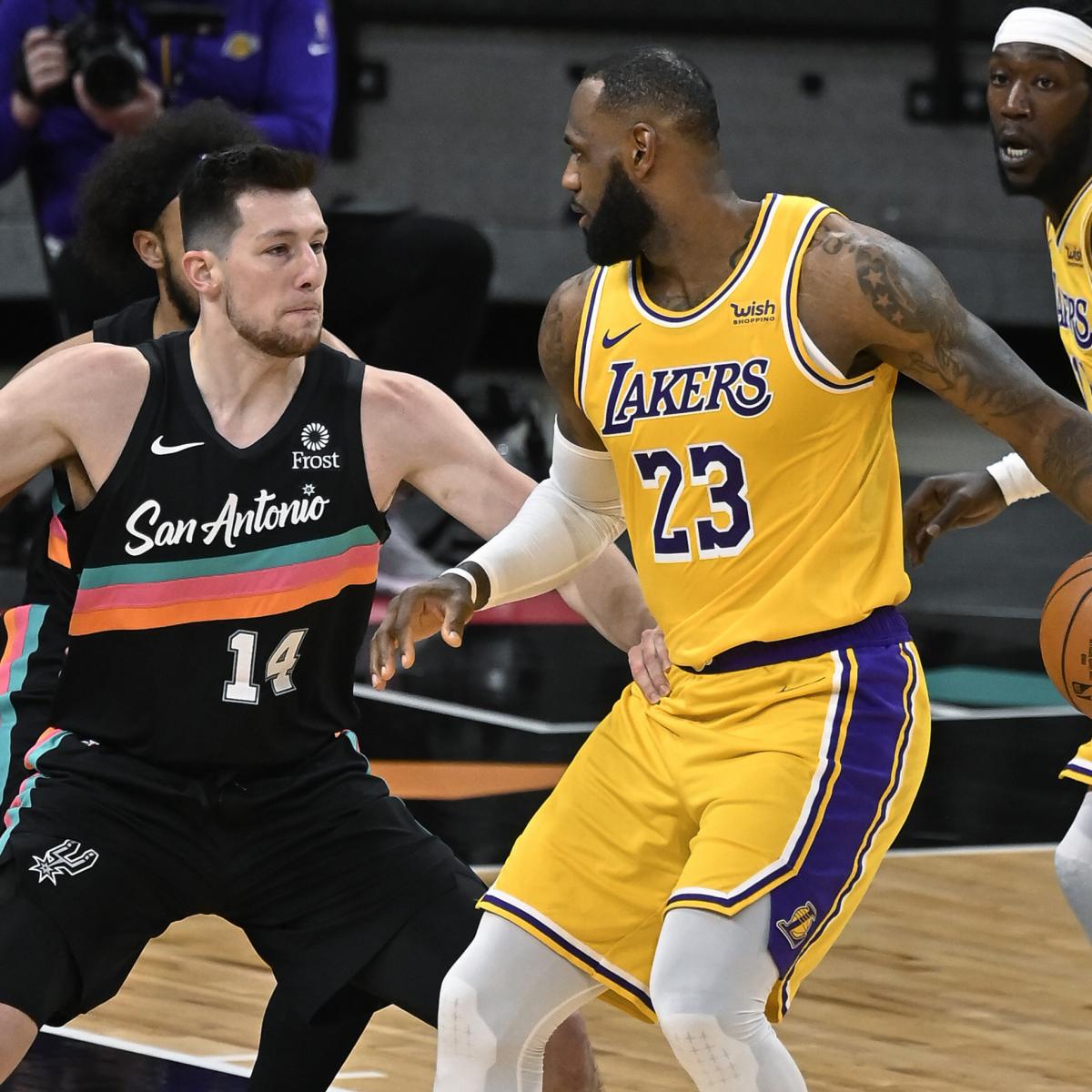 This was the second meeting between the teams in three days as the NBA adjusted the schedule to cut down on travel slightly amid the COVID-19 pandemic.

Anthony Davis finished with a double-double for Los Angeles, while LeBron James did him one better with a triple-double. Davis connected on a critical three-pointer that tied the game at 103 with 2:26 left in the fourth quarter.

Buckets from Kyle Kuzma and James proved to be the difference as the Spurs went scoreless over the final 2:34.

The game was tightly contested from start to finish, with the lead changing hands on 21 occasions.

It turns out having Davis in 2021 is just as valuable as it was in 2020. James filled out the stat sheet, but Davis was the more important star down the stretch.

The seven-time All-Star hasn’t had a great start. He was averaging 19.8 points and 8.3 rebounds, both of which would be his lowest since his rookie season. This was the kind of performance that justified the preseason MVP hype.

Of course, it’s a testament to LeBron’s greatness that he can drop a 26-point triple-double and have it feel somewhat muted.

This was one of those nights when leaning on Davis and James comes in handy. Alex Caruso was out, and Kentavious Caldwell-Pope logged 17 minutes. Dennis Schroder had 15 points but went 6-of-15 from the floor and had three assists to three turnovers. Montrezl Harrell grabbed 11 rebounds but scored only four points.

The supporting cast didn’t fully deliver, and it didn’t matter because the Lakers had the two best players.

Keldon Johnson was limited to 17 games as a rookie but reached the 20-point plateau on three occasions. He averaged 12.3 points through San Antonio’s first four contests, and his output Friday was a career high.

The Spurs missed the playoffs in 2019-20 and might struggle to crack the postseason field once again. This time is about developing younger players and seeing who’s worth building around for the future. With that in mind, watching Johnson step up and deliver big shots in crunch time was a positive sign.

DeMar DeRozan, on the other hand, may not be long for San Antonio since he’s hitting free agency after the season. As long as he’s on the roster, his contributions will be instrumental in charting a path back to the playoffs.

Friday was a reminder of what he can bring on his best night.

Getting outscored 28-18 in the fourth quarter will sting, but Johnson’s performance is reason enough to maintain some optimism.

The Lakers stay on the road for a pair of games against the Memphis Grizzlies on Sunday and Tuesday. The Spurs host the Utah Jazz on Sunday before embarking on a five-game road trip.