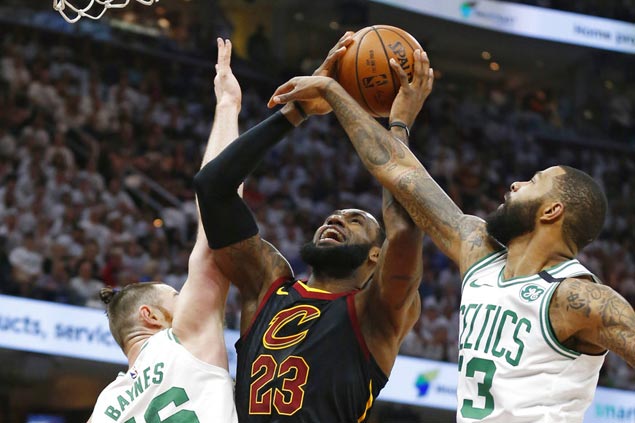 THE Cavaliers went on a huge second quarter and held on to beat the Boston Celtics, 109-99, in Game Six of the Eastern Conference finals on Friday in Cleveland (Saturday, Manila time).

LeBron James showed the way as the Cavaliers dominated the second quarter, 34-18, and went on to even the series 3-3.

The Cavaliers look to book another Finals appearance when Game Seven is played in Boston on Sunday.

James scored 46 points on 17 of 33 shooting for the Cavaliers, who are looking to dispose of the Celtics at this stage of the tournament for the second straight year.

George Hill added 20 points, while Jeff Green and Larry Nance came off the bench to deliver 14 and 10, respectively.

Terry Rozier had 28 points and Jayken Brown added 27 for Boston.