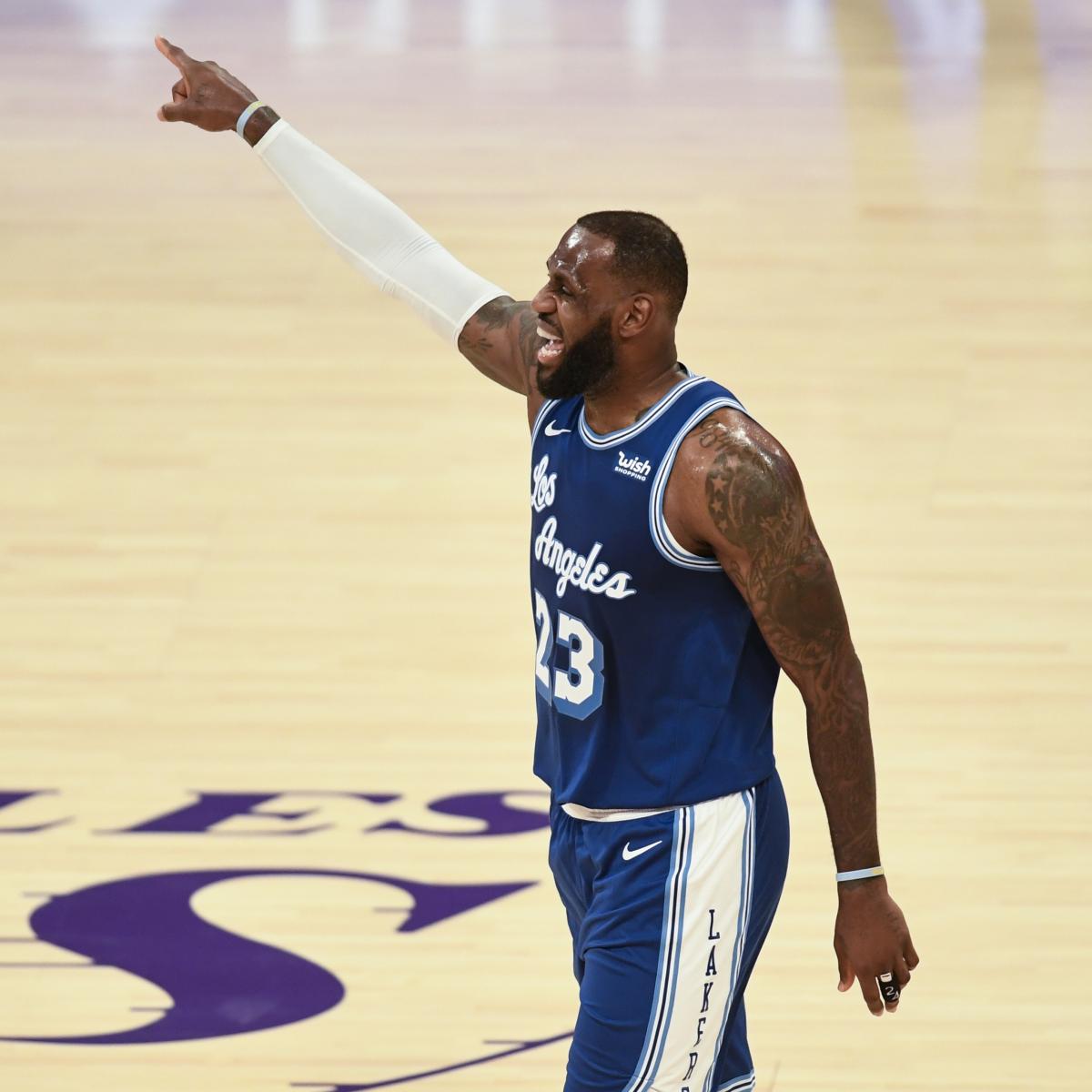 The Sunday night matchup between the Los Angeles Lakers and Minnesota Timberwolves had already lost some of its luster when it was announced before the game that Anthony Davis (right calf contusion) and Karl-Anthony Towns (left wrist dislocation) were both out.

Then the Lakers promptly removed any other intrigue from the contest, racing out to a fast start and blowing out the Timberwolves 127-91 behind a big night from Davis’ replacement in the starting lineup, Kyle Kuzma.

The bigger concern in Minnesota will, of course, be the status of Towns going forward, with ESPN’s Adrian Wojnarowski reporting earlier Sunday that he won’t require surgery but is expected to miss several games. The good news is that this injury is reportedly not in the same area as the wrist injury that ended Towns’ 2019-20 season.

His absence gave some of Minny’s young players the chance to show what they were made of against the Davis-less Lakers on Sunday night. The result wasn’t pretty.

Kuzma made the most of his starting opportunity, raining fire down upon the T-Wolves from beyond the arc.

And for good measure, he also dished out some nasty dimes in the win:

Kuzma will probably cool off from three-point range as he’s currently 8-of-13 on the season. That’s a stellar 61.5 percent. But his strong start to the season is a reminder of how scary he would be if he could consistently hurt teams from deep and stretch the floor.

Kuzma, a career 33.2 percent shooter from three, would be a serious problem if he could get that number up to 38 percent. The stretch 4 remains a valuable archetype for teams, and the Lakers might just be blessed to have one coming off the bench.

The No. 1 overall pick had been excellent to start the season, averaging 16.5 points in his first two games while shooting 54.2 percent from the field and 37.5 percent from three.

But he cooled off in a big way Sunday, struggling mightily from the field. To Edwards’ credit, he didn’t stop gunning during a night on which the Timberwolves were desperate for someone, anyone to provide some scoring. When an entire team finishes 36.9 percent from the field and 17.1 percent from three, well, you know it was rough.

Edwards was eventually going to have a stinker. Such is life in the NBA for a rookie, especially against the defending champs on the second half of a back-to-back. At least it came on a night when it didn’t really hurt the Timberwolves since nobody else on the team seemed capable of shooting a basketball into an Olympic-sized pool, let alone through the hoop.

The Lakers host the Portland Trail Blazers on Monday night at 10 p.m. ET (NBATV). The Timberwolves stay in Los Angeles, facing the Clippers on Tuesday evening at 10 p.m. ET.

NBA Power Rankings: Risers and fallers after a wild opening...