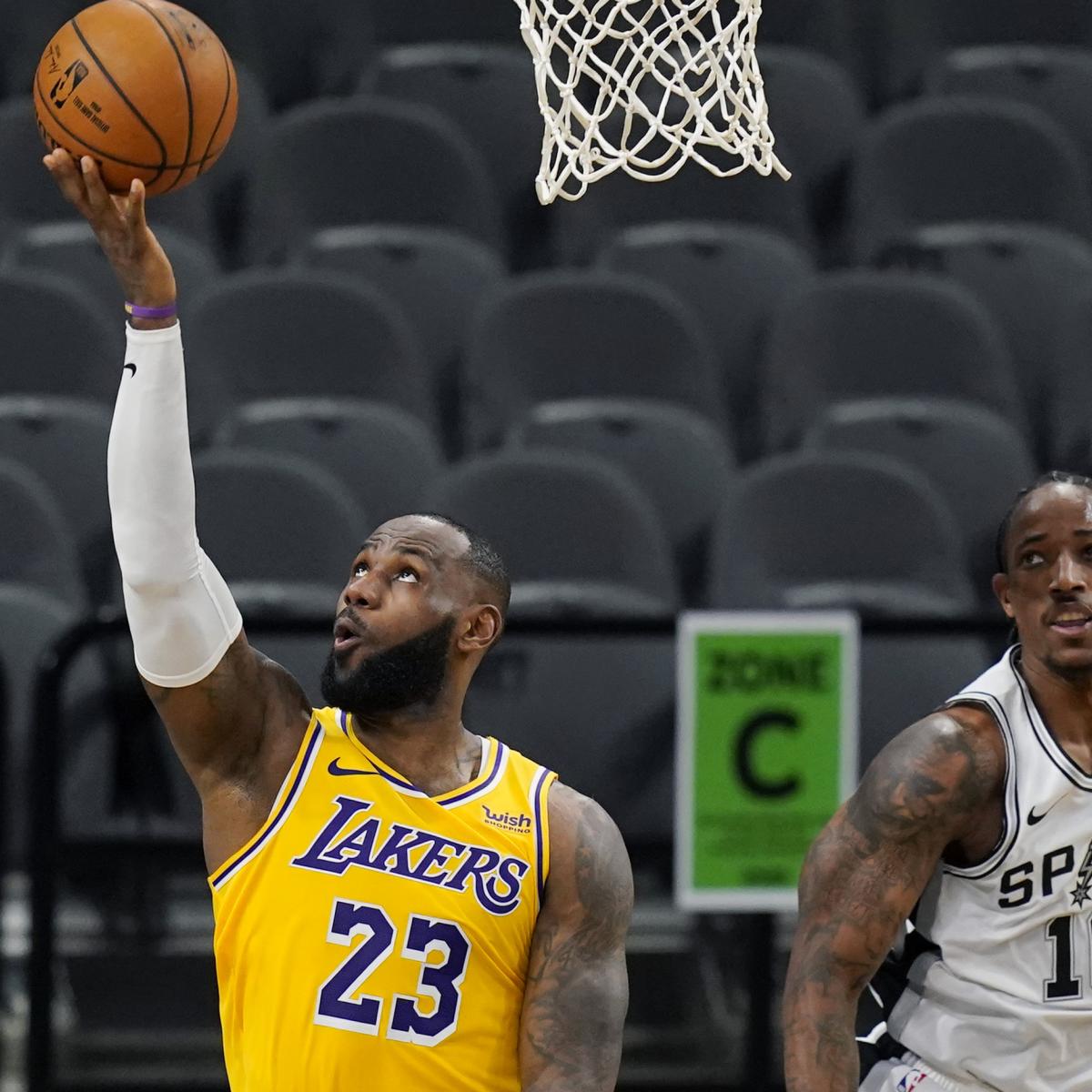 Los Angeles Lakers forward LeBron James has now scored 10 or more points in 1,000 straight games after hitting the double-digit mark in the second quarter of his team’s road game against the San Antonio Spurs on Wednesday.

Per SportsCenter, James is the first NBA player ever to achieve the feat. No other player has hit 900, and Michael Jordan is the only other person to surpass the 800-game mark.

The last time James scored fewer than 10 points occurred on Jan. 5, 2007, when he posted eight points, nine assists and five rebounds with the Cleveland Cavaliers during a 95-86 win over the Milwaukee Bucks.

James’ new double-digit point streak began the following night when he dropped a 19-point, 13-board double-double in a 96-91 victory over the New Jersey Nets.

The 18-year veteran entered Wednesday averaging 27.1 points per game for his career. He is third on the all-time points list, trailing only Kareem Abdul-Jabbar and Karl Malone.