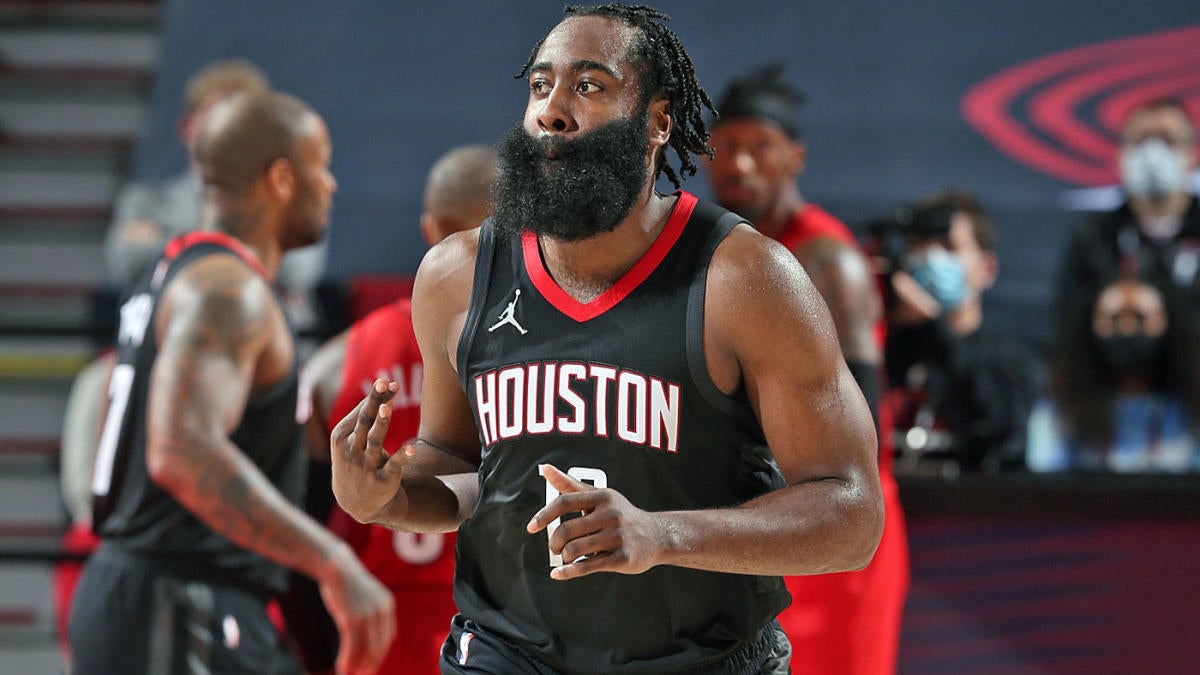 James Harden and players of his ilk are almost never traded. There are dozens of reasons for that, but the simplest is that there just aren’t that many of them. How many players ever finish third or better in five MVP votes across only six years? Who else has averaged 30 or more points three seasons in a row? Most of the players who could reasonably consider themselves Harden’s equal have statues in front of arenas. Who could you trade Kobe Bryant or Stephen Curry for that would come close to approximating their value?

That is where Houston’s initial resistance to trading Harden came from. There just wasn’t a fair deal on the table. Now, it seems, there isn’t even a good one. The Denver Post’s Mike Singer reported that the Rockets are interested in Nuggets forward Michael Porter Jr., but have so far been unable to generate any traction on a deal. Multiple reports have stated that the Miami Heat have pulled out of Harden talks, Philadelphia 76ers executive Daryl Morey has said on the record that he would not trade Ben Simmons for his former centerpiece in Houston, and Harden himself has reportedly had to add two new teams — Boston and Portland — to his list of preferred options in order to further grease the wheels. It isn’t the first time he’s done so. His initial focus was on the Brooklyn Nets before adding Miami, Philadelphia and Milwaukee to his list.

Yet nobody has stepped up to the plate, and that is almost justifiable if you don’t look too hard at Harden’s production. He is 31 years old and hardly known for his conditioning. His proclivity for nightlife would’ve been concerning even before he started using the club scene to try and manufacture trade leverage. Fitting him into a top defense takes work even now, and he’s two years away from a contract extension that is going to age badly. Nobody wants to make the Russell Westbrook trade. Teams are afraid of giving away their best assets only to get left holding the bag on a falling star with an ascending contract.

The disconnect comes in defining Harden as a star. He isn’t one. He’s something above that, a member of that rarified tier of statue players who alter your team’s fortunes so immensely that there’s almost nothing you could trade away that will ever approximate his value. He is the greatest driver of elite team offense in the entire NBA.

Harden didn’t need to score a single point in his season debut Saturday to remind anyone of that. He didn’t need to win the game either. He just needed to step on the floor and terrify defenses in the exact same way that he always has, in ways that can be exemplified by a single play. The action starts with Derrick Jones Jr. guarding Harden. Christian Wood sets a screen for him, forcing Robert Covington to switch on to Harden. But watch Jones’ eyes. Even with Wood wide open behind him, they never leave Harden.

Four eyes not enough for you? Let’s try six.

This phenomenon has taken several forms over the years. Last year, defenses doubled Harden the moment he crossed half-court deciding that letting him have the ball was a riskier proposition than playing three-on-four. The year before that, it was Ricky Rubio standing behind him just to take away his step-back 3-pointer. The overarching point is the same. Harden warps defenses so uniquely that his mere presence almost guarantees elite offense regardless of who else he’s playing with.

That was on display tonight. Harden’s 44 points weren’t the story. Neither were his 17 assists. It’s that his team managed to score 126 points without John Wall, DeMarcus Cousins and Eric Gordon. It’s what his team always does. Harden’s Rockets have finished in the top seven offensively five years in a row despite overhauling the roster several times in that span. They just nearly toppled the Blazers on the road despite giving 37 minutes of playing time to undrafted rookie Jae’Sean Tate and another 27 to David Nwaba fresh off of a torn Achilles tendon. If he can do this with Houston’s roster of misfit toys, just imagine what he could add to a ready made contender.

Contenders almost never have a chance to add such a transformative force. No team does. They barely even exist, and for the past several weeks, Harden’s status as such a player has been taken for granted. Saturday was a reminder that it shouldn’t. This isn’t a normal All-Star we’re talking about. It isn’t even a normal superstar. It’s one of the best offensive players in the history of basketball sitting on the market waiting to be claimed. If Saturday’s performance didn’t remind the 29 teams that have a chance to trade for him of that, nothing will.

Jamal Murray is an NBA Superstar and You Should've Known...