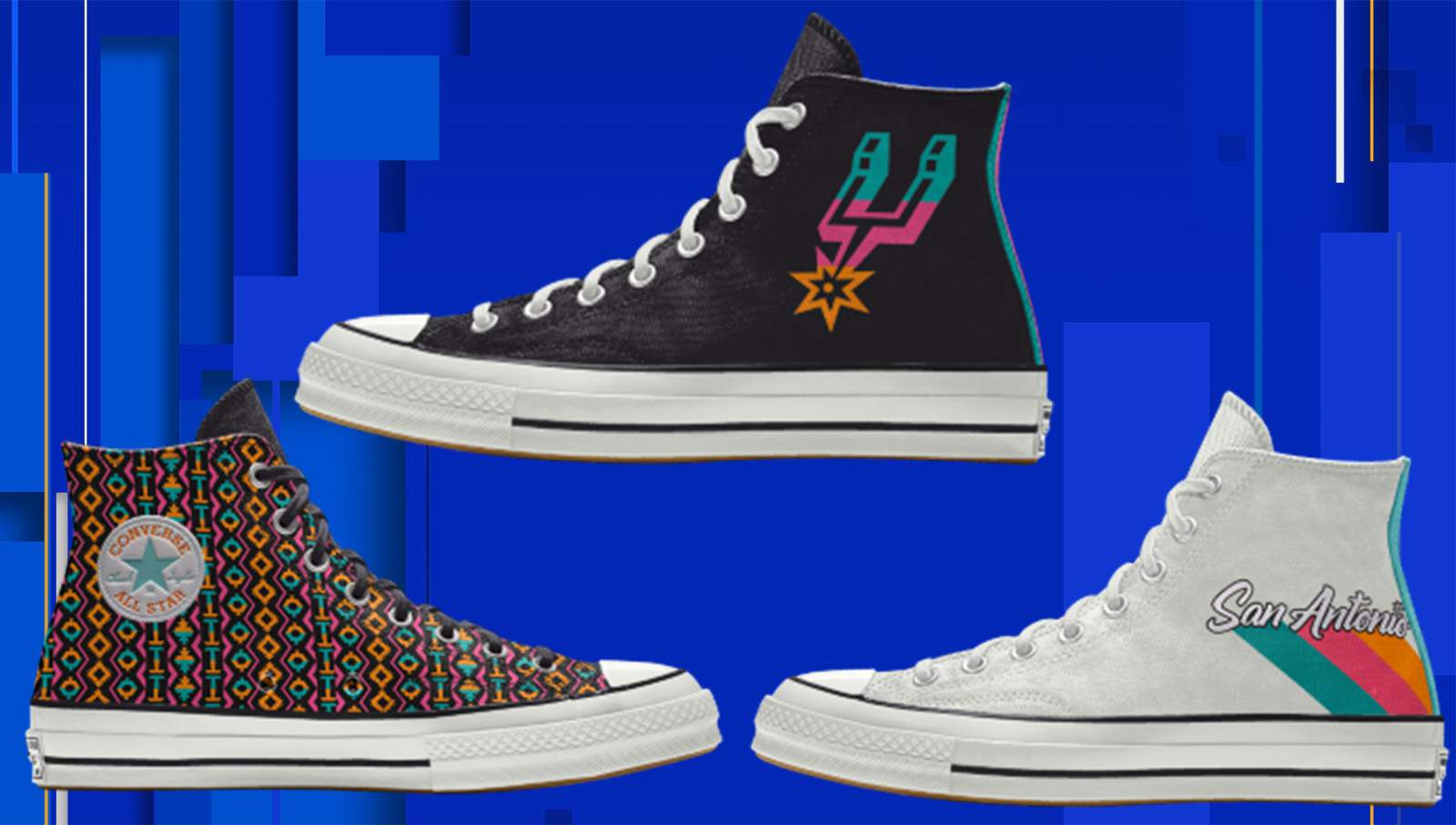 SAN ANTONIO – Converse has unveiled its NBA “city edition” Chuck 70s and you get to be the star designer.

The iconic shoe company has teamed up with six NBA teams to bring fans a chance to design their own signature kicks with familiar city jersey color combinations.

“From the moment they were unveiled, the NBA city jersey became a fan favorite,” the company’s website states. “Now you can use the unique colors, graphics and designs to customize the Chuck 70.”

The Chuck 70 customizable design features numerous elements fans can choose from such as a variety of laces, eyelets to a midsole print to give designs unique twists.

The company said that the shoe features three to four “exclusive” designs for each team inspired by the city jerseys. The shoes retail starting at $115.