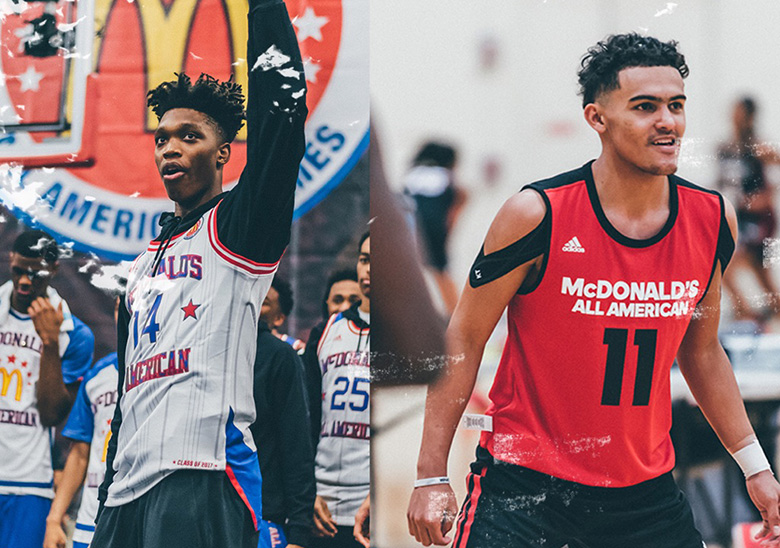 While it’s not quite clear where this year’s top NBA draft prospects will play, we know exactly what brand they’ll be rocking. Today, adidas Hoops announces that they’ve signed Trae Young and Lonnie Walker IV – two outstanding players that are projected to be selected in the lottery portion of the draft. Both Young and Walker IV were regarded as two of the nation’s most dynamic backcourt ballers this past season, and they’ll certainly contribute wherever they end up. Do either of these youngsters have what it takes to reach the elite levels and perhaps earn their own signature shoe? Only time will tell.

Meanwhile, PUMA has bolstered their presence by signing projected top pick Deandre Ayton to a four-year deal and Marvin Bagley III to the biggest rookie shoe deal since Kevin Durant’s deal with Nike.